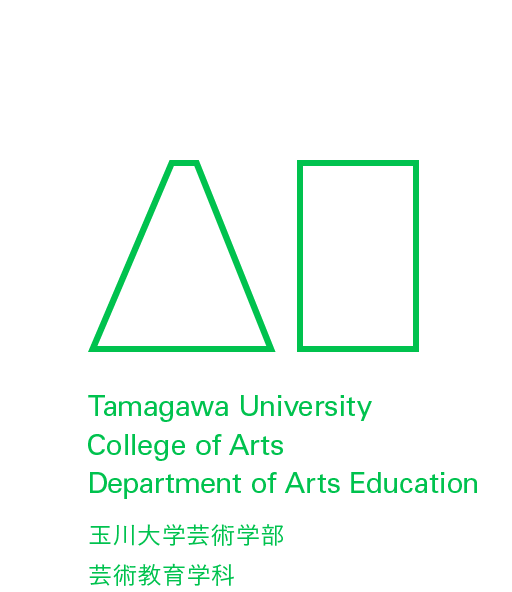 Close Encounters with Works of Art

This spring, students in the Arts Criticism class travelled to three art museums in the city to check out specific exhibitions and meet with museum staff. The objectives were to provide opportunities for students to have firsthand encounters with original works of art; develop skills in close observation, thoughtful interpretation and critical analysis; and also learn about career opportunities in art museums.

Their first visit was to the Tamagawa University Education Museum. The intimate setting and quiet environment of the Education Museum encouraged students to slow down and look closely at works by medieval, modern and contemporary artists. Students also had the privilege to hear from the director of the museum, Professor Onishi Tamae, and curators Professor Kakizaki and Associate Professor Uno Kei. They shared information about the museum’s history, collection and outreach efforts.

The Mitsubishi Ichigokan Museum was the second museum students visited. Located in the bustling Marunouchi district of Tokyo, students found themselves on unfamiliar grounds since this was their first trip to the museum. The visit began with a meeting with museum educator Ms. Eto Yuko, who oversees aspects of education programing and exhibition planning and management. She gave a brief overview of the museum’s history and went on to speak in detail about the array of education programmes for visitors of all ages. Students spent the remaining time in the galleries, “feasting” on works by beloved Impressionistic artists such as Pierre-Auguste Renoir, Edouard Manet and Pierre Bonnard.

Perhaps the most exciting trip was to the Mori Art Museum located on the top floor of Roppongi Hills Mori Tower. While the view from the fifty-third floor on a late spring day was glorious, the physical space of the newly renovated museum was even more spectacular, featuring an elegant entry way, large gallery spaces and tall ceilings. According to museum educator Ms. Eriko Shirahama who met the students in the lobby, the Mori had just undergone an extensive four-month renovation and reopened on April 25. Ms. Shirahama also gave an overview of the museum’s reopening commemorative exhibition, Simple Forms: Contemplating Beauty. Of the 130 works on view in this exhibition, students were particularly drawn to two light installations: “Round Rainbow” (2005) by contemporary artist Olafur Eliasson and “Line Describing a Cone” (1973) by another contemporary artist Anthony McCall. They examined the technology used to create the works and discussed the role of the artist as an experimenter using alternative materials such as light to make art.

At all three museums, time in the galleries was divided into three segments. Students were first asked to explore the exhibition independently. Working with a partner, they were then asked to select a specific work of art that both of them would like to focus their discussion on. At the selected work, each student audio recorded his/her observations, interpretations and analysis separately and then both students came together for a ten-minute discussion about the same work of art, which was also audio recorded.

Back in the classroom, the audio recordings at each work were transcribed, analyzed for similarities and differences in ideas, and color-coded according to key themes. This laborious process of listening, transcribing, and analyzing seeks to sensitize students to the use of vocabulary when critiquing a work of art. The ability to express oneself clearly and precisely is critical in arts criticism as according to aesthetician Morris Weitz (as cited in Barrett, 2012), criticism is “a use of language designed to facilitate and enrich the understanding of art.” Further, the focus on students’ responses at this juncture might help to build their confidence in articulating their own ideas and thoughts about the work of art. Instead of looking for “truths” disseminated by art critics, art historians and artists, students participate in meaning making and learned to develop a voice.